This scientific study by Centre for Wildlife Studies (CWS), Pennsylvania State and Duke Universities is among the first in the Western Ghats that has looked at community ecology of amphibians from both local and landscape perspectives. Amphibians are considered the most vulnerable and extinction prone groups of animals across the world.

This study was carried out in the Western Ghats which is an exceptionally biodiverse region with enormous conservation challenges owing to agriculture-induced habitat loss. The Western Ghats are a global bio-diversity hotspot and one of the world’s oldest forested habitats. The region has more than 300 known species of amphibians and more than 80 per cent endemism. Most species were only described in the last decade and are little studied.

In a latest scientific paper titled ‘Local and landscape characteristics shape amphibian communities across production landscapes in the Western Ghats’, scientists studied how agroforests (a mixture of agricultural land with forest trees) shape populations and community structure of amphibians across the Western Ghats. 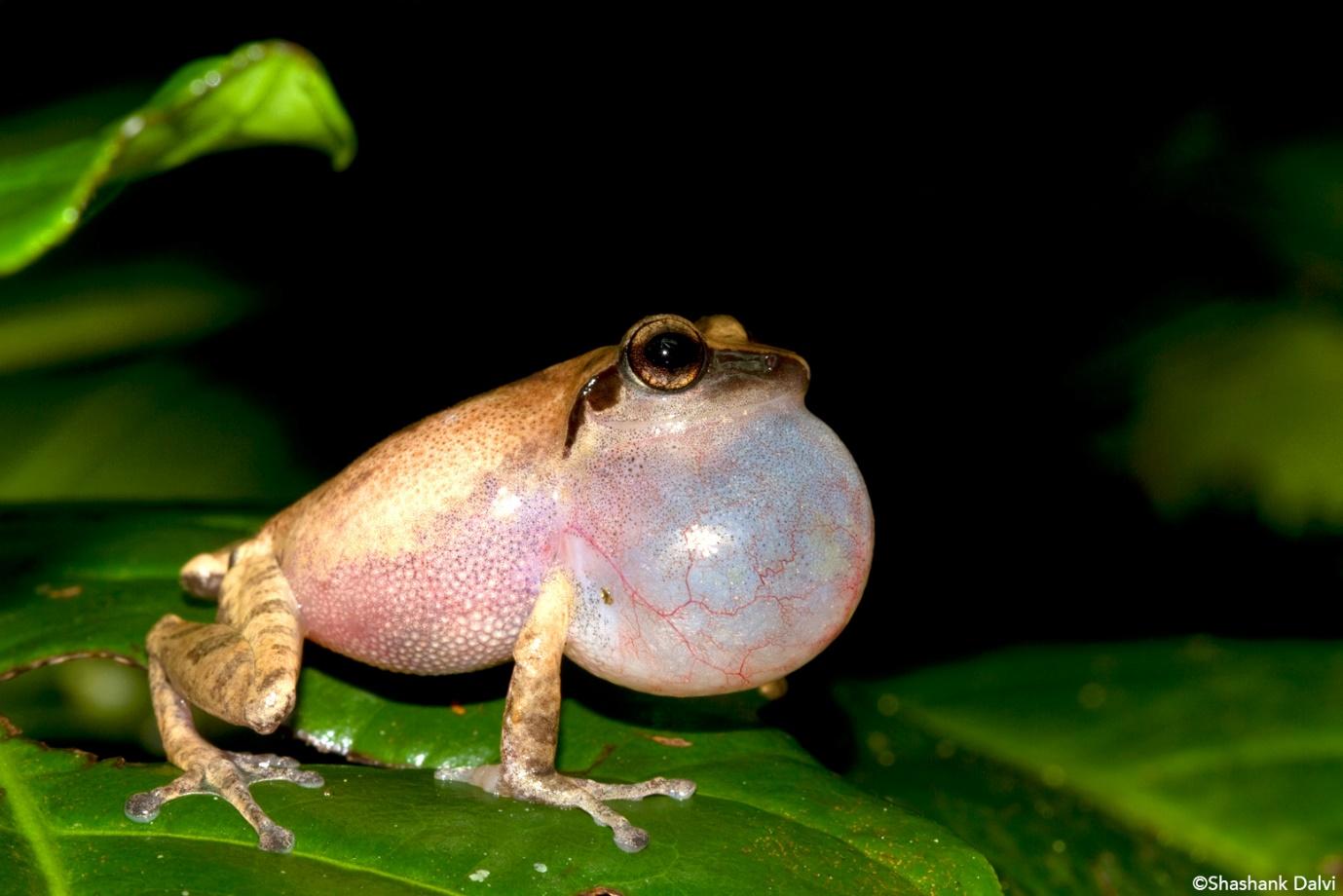 Over 300 species of amphibians have been found in the Western Ghats with many of them being discovered by scientists only in the last decade or so, says lead author, Vishnupriya Sankararaman. He adds, “India’s amphibian research is still largely focussed on discovering new species. Very little is currently known about how habitat loss and land management affect the wellbeing of amphibians and what can be done to conserve them better.”

A few recent studies have explored the impact of human disturbances and identified the negative consequences of hydropower dams, land use change and forest logging on amphibians. These studies are limited to small regions and have not used the newest statistical tools that help accurately measure characteristics of animal populations and communities.

In this study, scientists from the Pennsylvania State University, Centre for Wildlife Studies and Duke University collected data on amphibian communities across areca, coffee and rubber agroforests (the three most common agroforests of the region) in Karnataka’s Western Ghats. The team evaluated how amphibians responded to living in such landscapes and the influence of landscape variables such as elevation and latitude and micro-habitats on different species.

They surveyed 106 unique agroforests (33 areca, 33 coffee and 40 rubber) across a 30,000 square kilometre landscape. The surveys were conducted in the monsoon season when amphibians are most active. The team recorded 12,012 amphibians representing 26 species across the landscape. The average coffee plantation had over 11 species of frogs whereas rubber and areca had only around 7 species. Coffee plantations also had less dominance of a few common species. 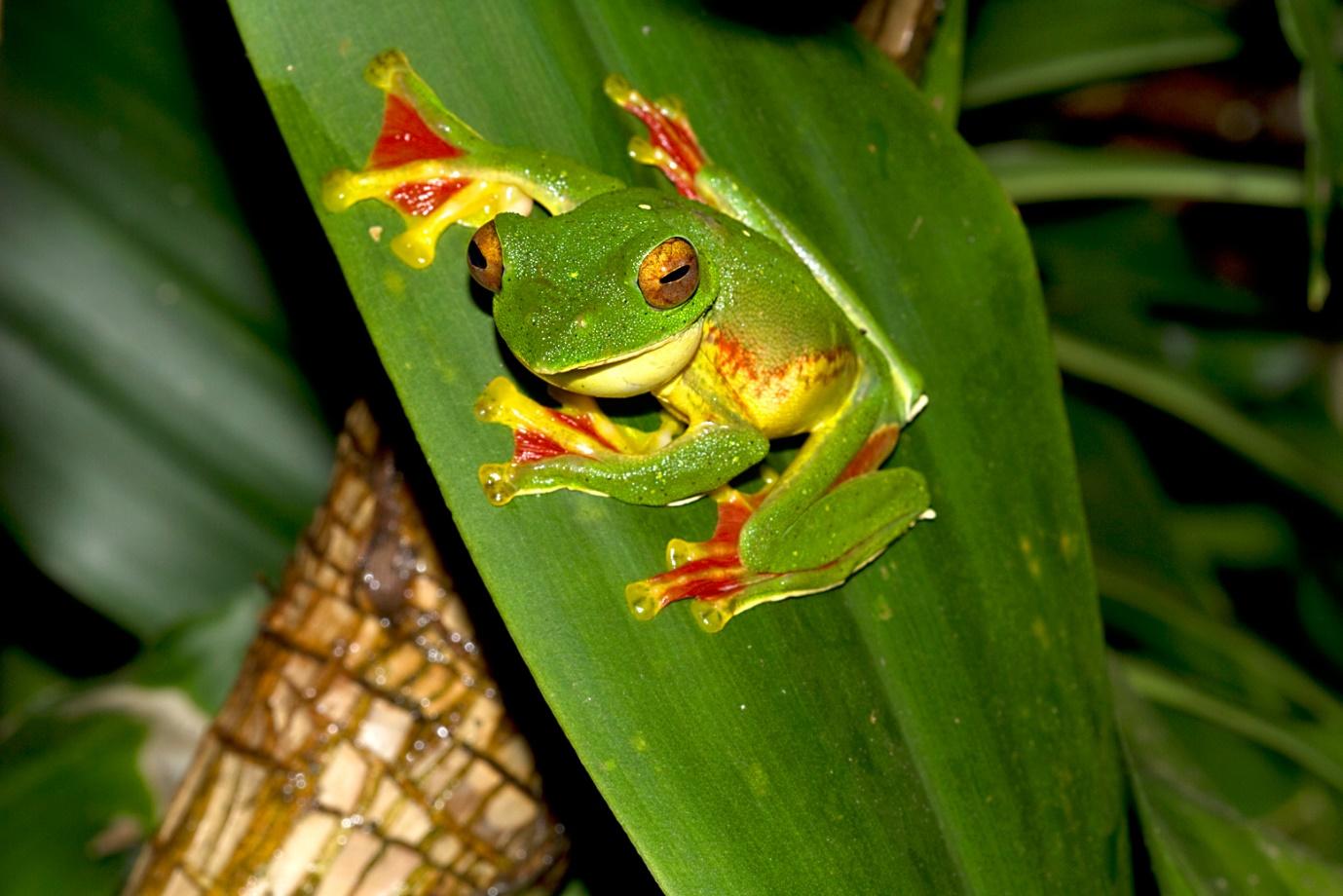 Vishnupriya explains, “What this means is, if you walk into a rubber plantation on a monsoon night, you will hear hundreds of the highly common Amboli Bush Frog but very few individuals of the rare amphibians. On the other hand, in a coffee plantation, you will hear a chorus of so many different kinds of frogs. The contrast is as stark as an instrumental solo performance would be from an orchestra”, she adds.

Micro-habitat availability was the most influential factor in determining the variety of frogs found in the different agroforests. The presence of a pond in a plantation can increase the number of species it can host by 34.7%. Unpaved plantation roads also served as microhabitats with a 21.5% increase in the variety of species.

“It is apparent that human-modified landscapes, particularly agroforests in the Western Ghats continue to provide much-needed habitats and refugia for a multiple of species. It is essential that we continue to find ways to manage these habitats to support India’s extraordinary biodiversity,” says co-author Krithi Karanth.

The authors emphasize on improving habitat heterogeneity by including more forest trees and the management of ponds, streams and plantation roads to conserve the incredible amphibian diversity of the Western Ghats.

The study was co-authored by Vishnupriya Sankararaman (Pennsylvania State University), Shashank Dalvi (Centre for Wildlife Studies), David Miller (Pennsylvania State University) and Krithi K. Karanth (Centre for Wildlife Studies and Duke University). The study appeared in the recent issue of the scientific journal Ecological Solutions and Evidence, as part of the Applied Ecology Resources platform by the British Ecological Society.