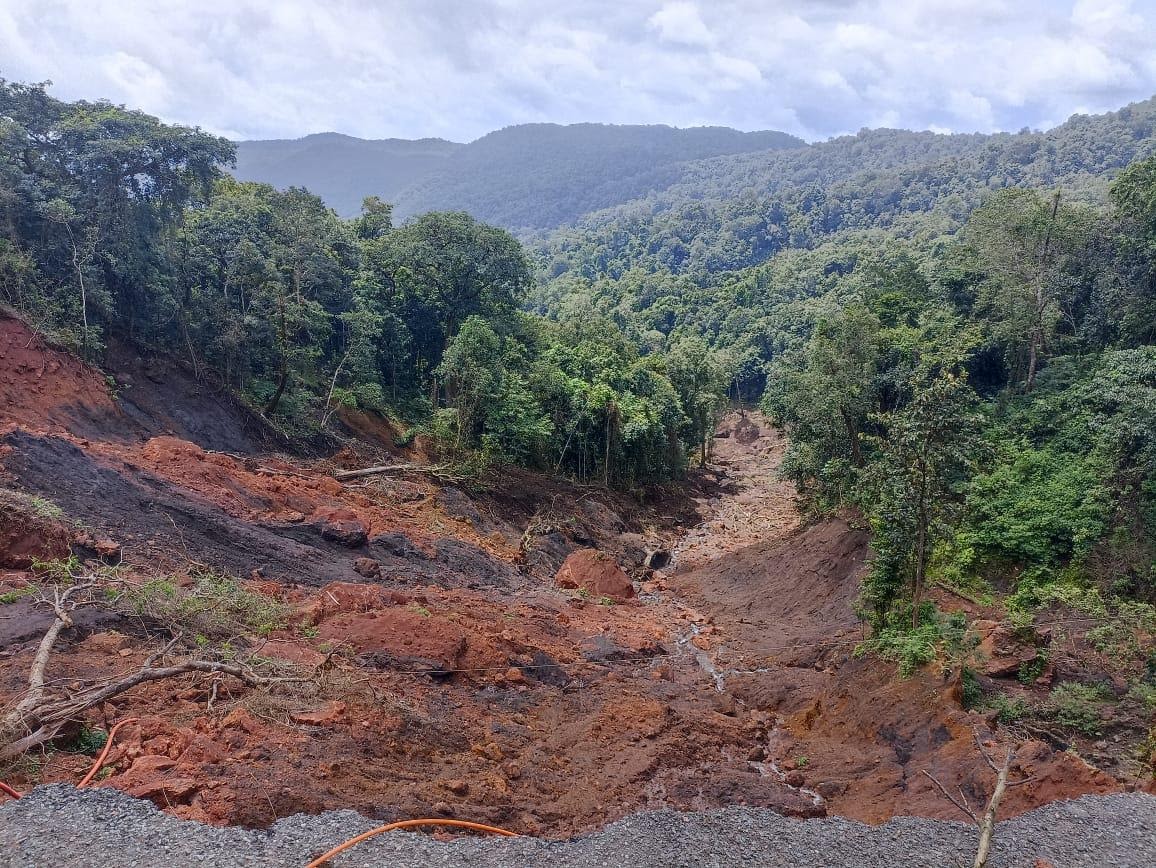 By B K SINGH

If deforestation does not stop on the Western Coast of India, coastal districts in Karnataka, Goa and Kerala are likely to be claimed by Arabian Sea. Till date, we have already lost 27,280 hectares of pristine forests in Western Ghats of Karnataka for many developmental projects and are likely to lose more if the present onslaught of rail link and road projects are cleared.

Among the deals intended to avert catastrophic global warming, more than 100 countries have pledged at COP 26 to end deforestation by 2030. Although the experts observed that such promises have been made and broken in the past, but UK Government has confirmed that it has received commitment from leaders representing more than 85% of World’s forests, which include Brazil, China, Columbia, Congo, Indonesia, Russia and United States.

India is not a signatory to this pact, which sends a signal that we continue deforestation and clear forest lands for development projects.

UNESCO in association with Switzerland based International Union for Conservation of Nature (IUCN) has studied GHG emissions on 257 forested sites. All these sites had UNESCO tag and are important forests providing ecological services like water, air and space for carbon sequestration. Usually patches of forests are understood to be carbon absorbers, but 10 of these sites are found to be net carbon emitters and 80 sites are neutral. The remaining 167 were CO2 absorbing sites.

The report further added that forest fires, logging, clearing tree growth for agriculture, grazing, quarrying and mining are the main reasons why a forested landscape turns out to be net carbon emitter.

It is a vicious cycle that more warming of planet leads to more extreme weathers like droughts, floods and wildfire which induces further release of CO2 in the atmosphere, and accounts for net release of GHG from even forested landscape.

We have seen how forests in Siberia and California have been caught in Wildfire for months in recent summers.

These have not only emitted GHG in the atmosphere, but have also destroyed the storage space to the tune of 500 mega tonnes of CO2 equivalent annually.

Track record of rich nations in fighting forest fire is highly unsatisfactory. With so much of technological advancements, forests in Siberia, California and many other parts of world have burned for several months. Rich nations must focus on forest fire fighting in their own countries. World leaders should work out a mechanism to fund forest fire control within the purview of even poorer nations.

It is not understood why COP26 has not taken note of such an important issue of forest fire, needed to conserve the pristine nature of the forests; important store house of CO2 sequestration.

There are many linear projects in the pipeline in Western Ghats area of Karnataka.

We have already lost 27,280 hectares of precious forests which includes:

Apart from this, several thousand hectares of forests have been lost for rehabilitation of evacuees from these projects.

Other Linear projects in various stages:

These projects are ill conceived and more than the benefits to society, the projects would cause harm. The valuation of intangible benefits from ecological services is often ignored and benefit cost ratio is shown to be highly inflated to favor the project in every case.

Of late, I hear another rail project being surveyed in interior Western Ghats area for providing connection between Talguppa-Sirsi and also between Sirsi-Haveri. The Catchment of important rivers like Bedti, Agnashini are likely to be impacted and thus, impairing the requirement of agriculture and power production.

The aerial survey of Thalasseri-Wayanad – Mysuru rail link has begun through a helicopter attached with electromagnetic instruments, which provides high resolution 3 D image of sub surface below the depth of 500 meters below the ground.

The Thalasseri-Mysuru rail project is to cut through all important Tiger habitat of Bandipur in Karnataka and Wayanad in Kerala.

There are more such projects through important forested landscape in the country and the purpose of our governments is to clear the projects sooner or later and for that Government of India has not pledged to end deforestation by 2030 at COP 26 meeting at Glasgow.

The Hubbali-Ankola rail project (HARP) has been another contentious project which is in the pipeline for nearly two decades.

When it was reopened in 2008, Karnataka Government Principal Secretary (Forests) Abhijit Dasgupta examined all aspects in detail and rejected the project. Of course, he was immediately transferred to an insignificant post by the then Yeddyurappa Government.

The bureaucrat politician nexus subsequently manipulated a favorable report from Indian Institute of Science (IISc) and the project was cleared in 2019 by State Board for Wildlife in 2019.

The High Court of Karnataka subsequently granted stay on further processing and implementation on the petitions filed by activists.

We have seen the magnitude and frequency of climatic catastrophes especially along the coast lines of east and west coasts of the country.

The planet has already been warmed by 1.10 Celsius and further warming will make the catastrophes more frequent and destructive.

The severity of cyclones and flooding is increasingly intense where the coasts are devoid of forests. We have seen how cyclones have affected life and livelihood in Tamil Nadu, Andhra Pradesh, Odisha, West Bengal, Gujarat and Maharashtra.

Karnataka is fortunate to have a better-quality forest along its coast. If deforestation is not ended and we lose these forests, our coastal areas will be claimed by oceans.

We should not be surprised if some areas in Goa, Karwar, Udupi and Dakshin Kannada are claimed by Arabian Sea and large-scale human migration starts. Let us stop destroying our natural forests.